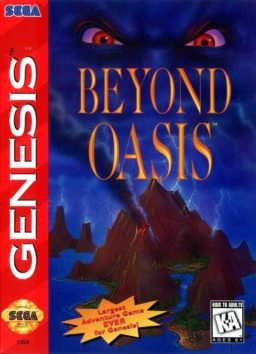 Beyond Oasis is a action role-playing video game developed by Ancient and published by Sega for the Mega Drive/Genesis console. The player takes the role of Prince Ali, who has discovered a buried gold “armlet” which once belonged to a wizard who waged a long war against the evil wielder of a silver armlet.

Prince Ali has found the magical Golden Armlet, which was used many years ago to defeat an evil wizard who wielded its counterpart, the Silver Armlet. The Prince has now to stop the evil sorcerer and save the island of Oasis. To do so, he will need his wits, skills ,and the powers of the four Wild Spirits.

The game has action adventure elements similar to The Legend of Zelda series. The player controls Prince Ali and takes him across the maps to fulfill his quest. Along the way the player picks up special items to restore health and magic, special weapons to help defeat enemies, and four magic spirits found in shrines to aid Prince Ali’s mission.

Prince Ali’s default weapon is his knife, which can perform special attacks and has unlimited usage. Also during the course of the game the player can equip Prince Ali with special weapons such as swords, crossbows, and bombs. Some crossbows (and a sword) can ignite their targets on fire. However, unlike the knife, these weapons do not have unlimited usage and will break after a set amount of uses.

The Wild Spirits are elementals the player can call to help to destroy enemies, heal the hero, or solve puzzles. These are the fire spirit, the water spirit, the plant spirit, and the shadow spirit.

The game has a large assortment of monsters, including massive creatures such as the Red Dragon boss or zombies that split in two, with their torsos continuing to crawl and attack the hero. 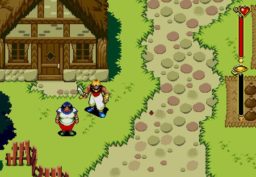 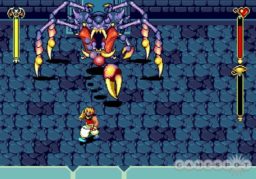 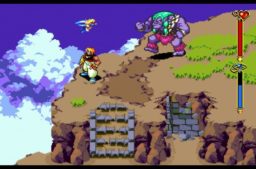 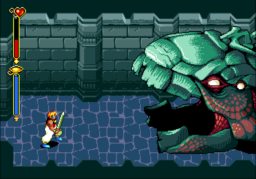 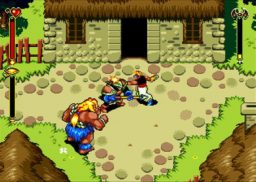 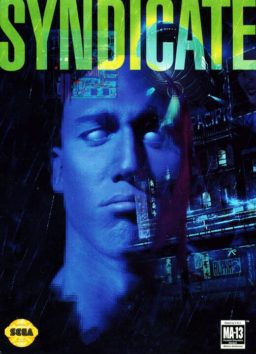 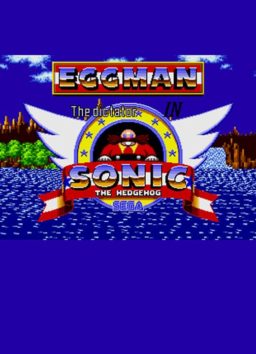 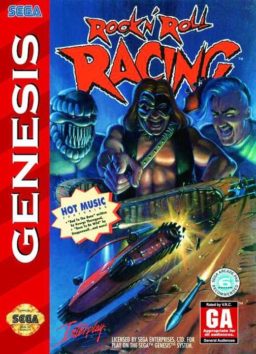 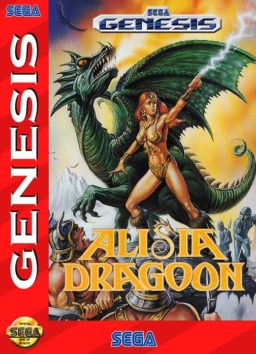 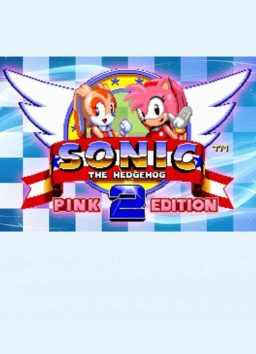